A clear separation of the production and office areas was attempted with the positioning of the structure and variable layout of the facade.
The customer’s orientation is thus supported and internal processes considered.

The office wing appears as a massive, introverted section that only appears to the customer on the inside due to its layout (spaces details, materials, lighting, skylights, etc.). 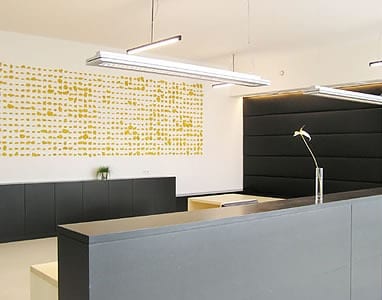 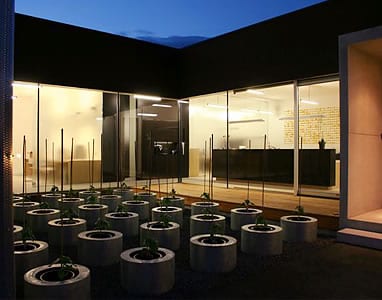 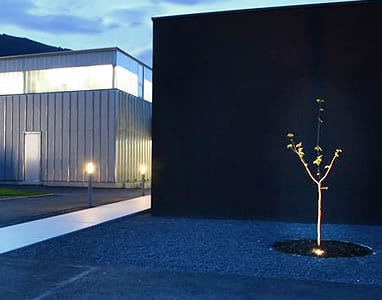 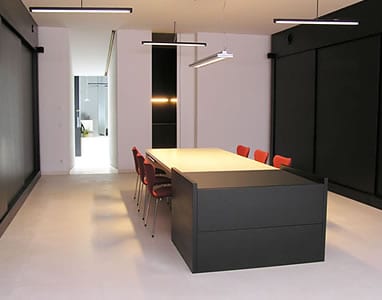 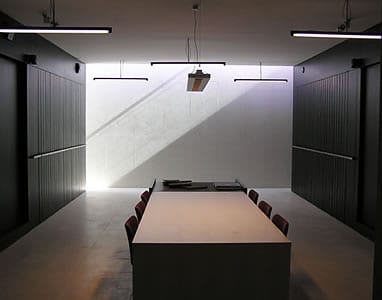 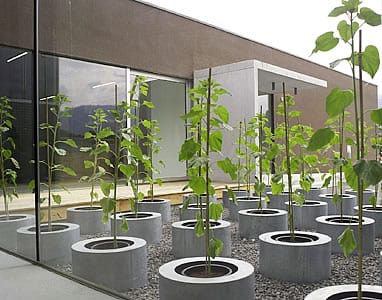 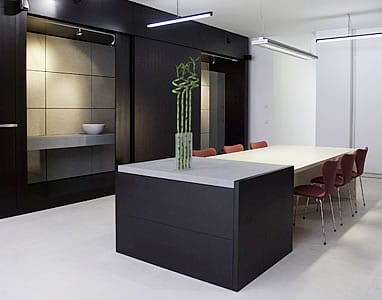 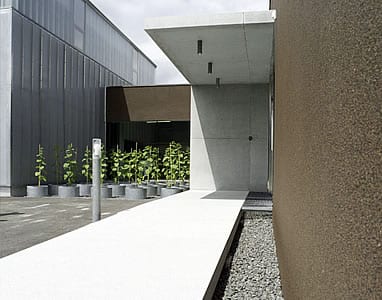 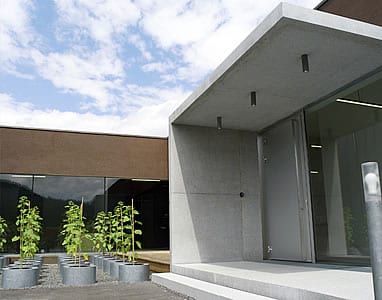