The ensemble is expanded via a one-floor structure immediately adjoining the existing schoolyard. The recreational area is subtly contained without completely closing it off to the south. In the extension of the urban axis of the arrival point, the adaptation adjusts to the current ensemble in the form of a canopy.

Inside the new structure is described by four volumes, which are split by intermediate zones and connected to the outside. 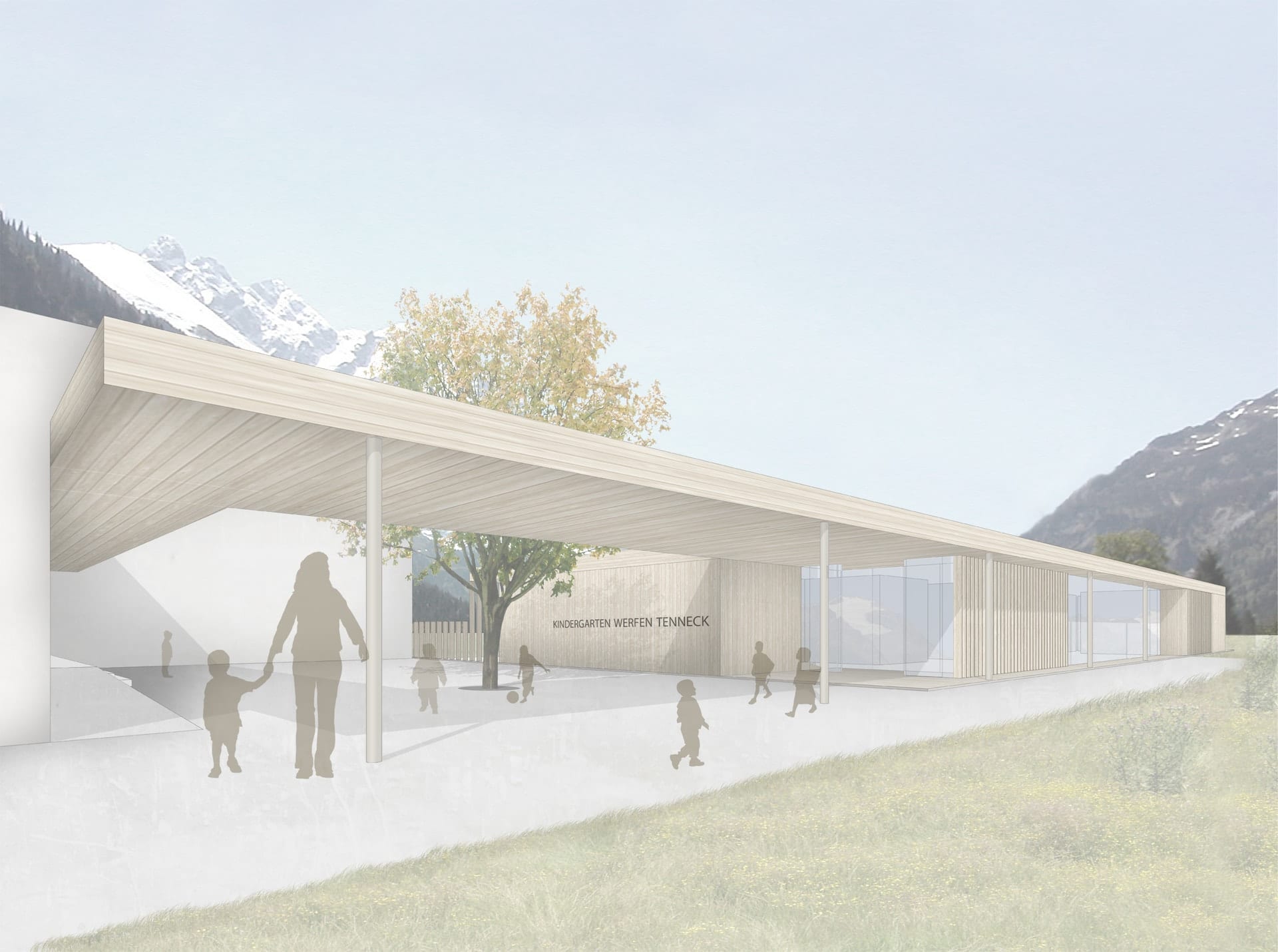